You are here: Home / Waterproofing / 5 signs your new tile shower will leak

You’ve hired someone to build your tile shower in your bathroom, but how do you know he or she’s doing it correctly? How do you know that you won’t have an upstairs shower leaking into your downstairs kitchen?

Most homeowners don’t know all the ins and outs of remodeling their bathrooms. Sadly, the contractors they’ve hired don’t always know either, or worse, they simply don’t do it right!

After all, the last thing that you want to do is pay for a brand new bathroom with a shower leaking into the wall.

What to look for in proper tile shower construction

This post will arm you with a few things to look for so that you can monitor the construction and waterproofing of your shower while it’s being built.

This post covers traditional shower construction which is still the most common method for building a shower.

Want to know more about what a traditionally constructed shower is? Read this post:

1. Cutting, rather than folding, the corners on a shower liner

Why cut the shower liner if you don’t have to? When dealing with the inside corners of a shower the corners of the liner should be folded rather than cut.

However, an outside corner will need to be cut. Read down further to see how to address this.

It is possible to cut the corners, patch them properly, and have it not leak. How do you know if you have a leaking shower? See number 5.

Most of the problems in this regard have to deal with how the curb is waterproofed.

The shower pan liner is supposed to go up the wall 3 inches above the framing of the curb according to Tile Council of North America (TCNA) standards. It also needs to go up and over the curb to the non-wet area (the front of the curb).

Where it gets tricky is at the corners of the curb because you normally have to cut it to get it to fold over the framing.

The shower pan companies make pre-formed corners for just this purpose. Make sure you, or your installer, use them. This is one of the most common causes of a leaking shower.

If your curb looks like the top photo, that’s not good.

3. Nails too low in shower

Keep in mind, this applies to traditional shower construction. If your shower is being built with products like Schluter Kerdi, this won’t apply.

However, if you are doing a mud pan with a liner underneath the mud, nailing below the curb level is a no-no.

In regards to the curb, there should be no nails or penetrations of any kind on the inside or top of the curb. Nails, staples, or glue can be used to attach the liner to the front of the curb (the side that doesn’t get wet).

4. Using cement board on the curb

Using cement board on the top and/or inside of the curb is just a bad idea. How do they plan on attaching the cement board to the curb? With nails or screws that go through the waterproof liner?

The proper way to do it is with metal lath and a sand/cement mix- the same thing the shower pan is supposed to be made out of.

While this doesn’t cause shower leaking it certainly will tell you whether you have a leak or not. A flood test is when you plug the drain and fill the shower up with water to just below the top of the curb.

Flood testing a shower pan: Why it’s done and how to do it

With the drain plugged the water has nowhere to go unless there are holes or penetrations in the liner.

If you have a leak anywhere, you will know before it gets tiled. Put a mark on the wall and wait 24 hours. If the water is lower than the mark then you have a shower leaking somewhere.

Insist on a flood test. Write it into the contract if necessary.

These tips can help homeowners and contractors to identify if their shower is being built incorrectly.

Obviously, it’s better to know if there’s a leak at this point than to find out it leaks after it’s tiled and the shower glass is in. It’s also nice to know that it doesn’t leak before everyone gets paid.

To learn more about proper waterproofing see my post:

For other poor ways to build a shower see my post:

6 Things NOT To Do When Building a Tile Shower 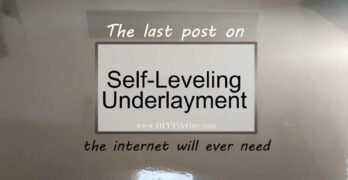 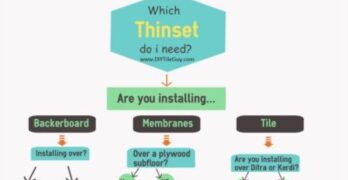 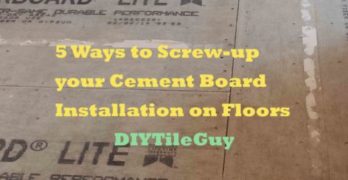